Separately, Realme Narzo 30A specifications have leaked via a Geekbench with the model number RMX3171. As per the Geekbench listing, the phone will be powered by the MediaTek Helio G85 octa-core SoC clocked at 1.8GHz. The chipset will be coupled with 4GB of RAM.

Further, the listing suggests that Realme Narzo 30A runs on an older Android 10. Hopefully, the device will come with Android 11, and Realme UI 2.0 will be running on top. The phone has scored a single-core score of 368 points and a multi-core score of 1,296 points.

As per the leak, Realme Narzo 30 Pro 5G  will feature a 120Hz punch-hole display. It is said to come with a triple rectangle-shaped camera module with a 48-megapixel primary sensor. Realme CEO Madhav Sheth has confirmed that the Narzo 30 Pro 5G will be powered by MediaTek Dimensity 800U SoC.

Realme Narzo 30 Pro 5G is said to pack a 5,000mAh battery with 30W fast-charging support. The phone is also tipped to support Dolby Atmos and hi-res audio. It will come with a side-mounted fingerprint reader.

Realme Narzo 30A will feature a 6.5-inch display with a waterdrop-style notch. It will be powered by MediaTek Helio G85 SoC. but there is no information about the RAM and storage variants. For the camera, the phone is tipped to pack a dual rear camera setup with a 13-megapixel main sensor and an 8-megapixel front camera for selfies and video chats.

Alphabet in talks with Spanish publishers to bring Google News back, sources say 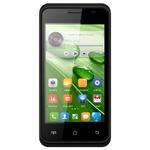 Android 12 developer preview | Here's all the new features and updates