Microsoft has released a new Xbox Beta application that is not only available for Android, but also for iOS. The app comes with a redesign that should be more user friendly. The biggest change to the app is support for the remote play that will give some freedom and flexibility to Xbox gamers.

Remote play is essentially the ability to play Xbox games directly on your supported smartphone or tablet. This is similar to what Xbox Cloud Gaming offers but there is one major difference. You are required to have an Xbox gaming console before you can start using remote play. This is because it can stream only those games to mobile devices that are installed on your own Xbox.

The new Xbox Beta app is now available for Android and iOS, keeping you connected to Xbox, wherever you are, featuring console remote play, remote game installs, chat, and more! Check it out! 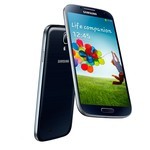